The US government-backed Small Business Innovation Research (SBIR) program awards almost $4 billion per year to early-stage startups across all areas of science and technology. Being free of equity and debt, SBIRs seem like a no-brainer for startups.

But here’s the catch – like most government programs, preparing SBIR applications is complex and difficult for entrepreneurs, who are busy growing their companies. So, does it make sense to try for these, and if so, then how and when?

Rupak Doshi, Founder & CEO of OmniSync, the creators of TurboSBIR – which functions like “TurboTax” for SBIRs joined the Traction webinar series to discuss SBIRs. Rupak has a Ph.D. from Cambridge University, academic experience at The Scripps Research Institute and UC San Diego, industry experience at InhibRx (IPO 2020), and solid startup experience (3rd-time founder with prior exits and sales to Levi’s Stadium, military, etc.).

What came before – the money or the startup?

You’ve had this amazing idea for a while now, and have perhaps convinced your partner, friends, close acquaintances that you could really turn it into something valuable. You start poking around for some initial feedback for your idea among your advisors, who immediately say, ‘Oh that’s cool… you should talk to this guy who I know’. And the cycle continues for a few months, till you get to a frustrating point where every discussion of yours ends up at the same place – ‘Yeah, we can do all these exciting and cool things – all we need is $ to show that this works’. You realize that nobody is really giving you any money till you’ve demonstrated evidence that your idea has some legs, i.e. that you have ‘traction’.

Does this sound like your situation? Well, the good news is that you’re not alone. You’re in the esteemed company of almost every startup founder within the first 1-2 years, from when they decide on seriously pursuing their novel ideas.

3 of the biggest reasons why startups don’t make it past their 2nd year are the lack of appropriate capital, talent, and product-market fit. 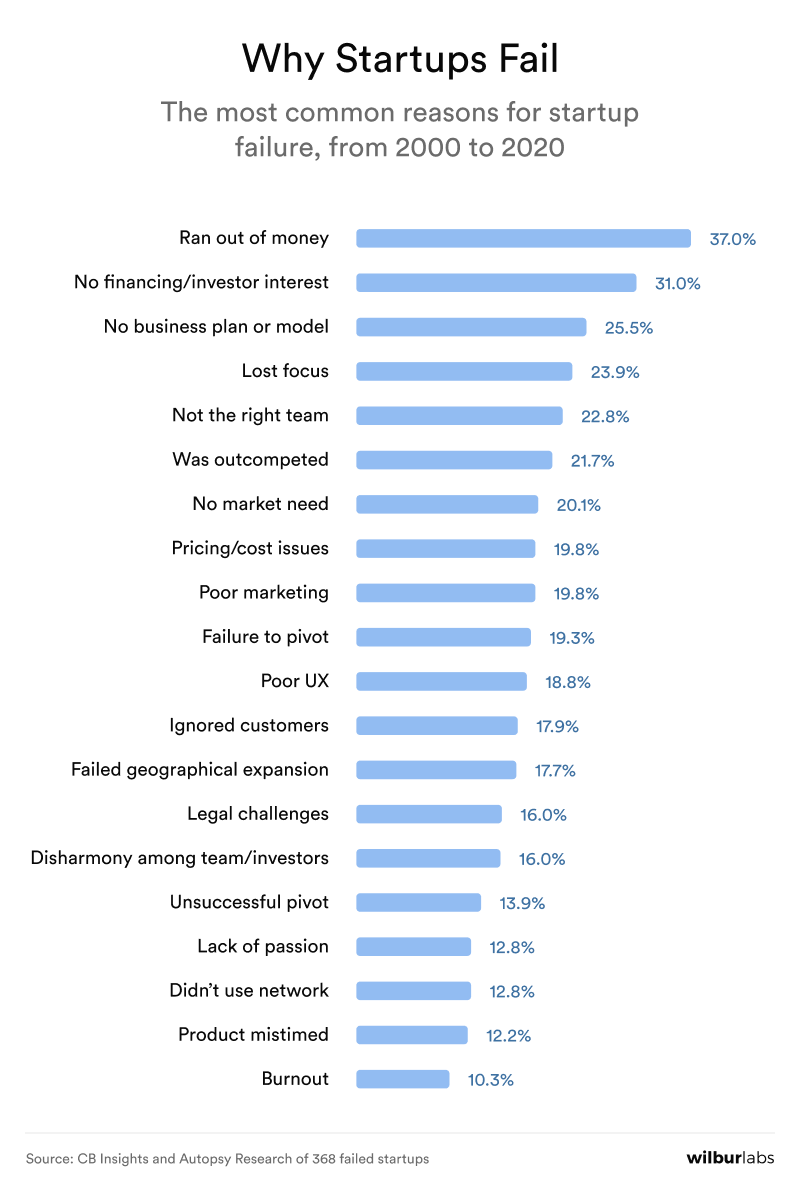 Although it does happen occasionally with serial entrepreneurs, it’s rare to find early–stage entrepreneurs who feel that they have sufficient capital for running their startups, be it for product development or hiring the right people to execute on the ideas. And there is a HUGE and obvious reason for this – investors are not donors; they are not here to do charity to help you out of the goodness of their hearts (should not be confused with impact investing). We won’t get too much into the reasons, but the reality in today’s startup ecosystem is that without real hard evidence that your idea will actually work out, you’re going to struggle to get any meaningful investor to sit up and take notice. Don’t let the words early-stage fool you! The phrase is relative; for example, to someone who typically sees companies close to going public, a startup making $1M annual revenue is still ‘early’.

So, for an entrepreneur, who doesn’t have a millionaire buddy nor has inherited family wealth, but has an awesome idea and needs capital to bring it to fruition, what are the options to get that first much-needed fuel to keep that innovative spark alive? This becomes particularly important for ideas in industries that need serious money to even do the first proof-of-concept demonstration of the idea, such as hardware, life sciences, space, energy, etc. technologies.

Enter, non-dilutive funding from the government…

When somebody gives you money and you give him/her/them a portion of your company, in the form of current/future shares or percentage ownership, you essentially lower/’dilute’ your own ownership in the company. This will be the case for most, if not all, investor money that will ever come into a startup. But there is an alternative source of money that is available for startups that don’t require them to part with any portion of their company, i.e. it’s non-dilutive.

While it may sound too good to be true, non-dilutive funding is actually not a new concept. A bank loan, for example, is a kind of non-dilutive funding mechanism that is structured as a debt, and usually requires significant business history and/or personal guarantees from financially strong loan applicants – not the profile you’d expect for a typical startup founder!

Here, we bring to light specialized grants and contracts as a viable non-dilutive funding option for grassroots-stage startups (note, we avoid the use of the phrase ‘early-stage’). These funds are disseminated by the US Federal government, and don’t need to be paid back to the govt., nor does the govt. have any interest in taking any ownership in your company – essentially ‘free money’.

When most people hear the word ‘grant’ they think of universities and non-profits, and rightly so. A large portion of Uncle Sam’s grant money goes to supporting academic research at universities and public/private non-profit institutions. However, there is a Federal program called the Small Business Innovation Research (SBIR) that has a set-aside of funds for small businesses that conduct innovative R&D – this is the closest you will get to a definition of a startup within the government’s lexicon.

The small business set-aside means that other organizations, such as universities, are not even eligible to apply for these grants, let alone receive them. This leaves the playing field wide open to startups who now compete among each other, as opposed to going up against large giants, the likes of Harvard, MIT, Caltech, Berkeley, etc.

The second myth that many people have is that grants, especially those involving R&D, are only awarded for health research. While it is true the National Institute of Health does have a large budget under the SBIR program, these grants are awarded in all areas of science and technology, from education, energy, space, to transport, security, ocean sciences, etc. You can add any prefix to the word ‘tech’ and that should qualify your startup for this program. Specifics of the SBIR Program

In total, ~$4 Bn was budgeted under the SBIR program for 2020. This number has been steadily increasing for the past decade and shows no sign of reduction, given the tremendous success seen from the program. Just to put this into context, according to PitchBook, ~$9 Bn were invested in startups by angel/seed investors in all of 2019. But here’s the catch – while the success rate for startups with investors is <2%, the average success-rates with the SBIR program is almost 15-20% for Phase 1 and >50% for Phase 2. Think about that for a moment – the SBIR program awards almost half the amount of money that investors put in, but at almost 10 times better the chances of success for the applicant startup!

The SBIR program is designed to start at the ‘idea stage’ of a company (Phase 1) and then scale in terms of $ and award duration, as the startup progresses through bringing their product to market (Phases 2 and 3). Depending on the specific agency and solicitation, Phase 1s typically range from $50-250K, while award amounts for Phase 2 and beyond routinely exceed $1M. As these $ amounts are similar to most seed investment rounds in the US, the SBIR program has been branded as ‘America’s Seed Fund’.

How do I get in on SBIR?

To dramatically simplify the requirements, as long as you are a startup with an innovative product that requires sufficient R&D work, all the work is performed on US soil, and there is a technical team within your startup that will conduct a majority of the work, you will qualify to apply.

So, given all the benefits of non-dilutive funding programs highlighted above, any reader begs the question – why aren’t more startups adopting this fundraising strategy as a norm? The answer is in the details.

For Startups, By Startups

It is not ironic that an industry with broken systems for entrepreneurs will be looked at by some of those entrepreneurs as an opportunity to take it upon themselves to mend the systems.

Our friends at OmniSync created TurboSBIR as the first tool that entrepreneurs can use to access these government programs with unprecedented ease, affordability, and efficiency, thereby democratizing the funds to the bootstrapped startups.

Get 20% off the TurboSBIR service with code BOAST20OFF here.