For the second year GE has surveyed executives, from 22 countries covering developed and emerging markets, with the goal of analyzing perceptions around innovation opportunities and challenges.

The Milken Institute, which prepared the Innovation scorecards using the GE Survey data, says “Canada performs quite well on our innovation scorecard, placing among leading nations on six of the seven indicators… Canada’s innovation performance has remained fairly stable over the past five years.

As the largest trading partner of the United States, Canada was hard hit by the recession; major manufacturers were forced to lay off large numbers of employees. However, the economy has rebounded somewhat and innovation expenditures have improved.” This is somewhat in contrast to what we have heard in the media as of late. Most media outlets such as The Globe and Mail, The Toronto Star, etc. often over criticize Canada’s innovation performance. Some of the recent stories published by big media outlets (such as The Globe and Mail) and our very own Federal government (with Harper leading the charge) try to convey that Canada is a non-existent player in global Innovation.

However here is a more realistic picture of what’s going on in Canada based on the seven key innovation indicators prepared by the Milken Institute using the GE Innovation Survey data:

“Canada performs well on university-industry collaboration, leading most other countries.”

“Canada’s level of venture capital deals places it among the global leaders. The country’s domestic VC industry pales in comparison to the U.S. market, but Canada benefits from its proximity to the United States, as many American firms invest in Canadian companies… 73 percent of whom said that private investors are supportive of companies in need of funding.”

“Canada places among the global leaders in terms of its level of R&D spending. However, GERD was 1.8 percent of GDP, which is below the OECD (Organization for Economic Cooperation and Development) average.” However the data shows that R&D spending has not been proportionate – private R&D funding has decreased since 2004 and “The proportion of GERD financed by government has risen to account for the falling levels from industry.”

“Canada’s strong STEM education programs place it in the top tier globally, but it does trail the world’s most innovation-driven countries. Slightly over 20 percent of Canadian students graduated with degrees in these fields…” These statistics are great, especially since the trend is positive and “If this trend continues, Canada will be well positioned to exploit its innovation advantage.”

Canada is leading in this area due to the more recent Federal government changes (thank you Mr. Harper). “In particular, the total tax rate has decreased and is now 28.8 percent. In addition, it takes only one procedure and five days to start a new business in Canada.”

“Canada performs extremely well in the global rankings for generation of utility patents, although it is not among the OECD leaders.” So we’re doing well. However, obviously we could and should do better. “Almost 30 percent of patents were developed with foreign co-inventors.”

“Canada performs above average on high-tech exports…” However, this is the one innovation indicator that we are not a leader in. In my opinion, this indicator is the reason that Canada’s Scientific Research and Experimental Development (SR&ED) program has been under review as of late. This indicator shows that although Canada is innovative, there is a disconnect between research and development (R&D) and commercialization of innovation. The government is pondering possible changes to R&D funding programs (SR&ED and the other indirect funding programs) in order to more heavily weight the funding towards direct, and therefore extremely targeted, funding. Some have said that the government is trying to get into the business of “picking winners” similar to the Venture Capital (VC) model.

The Milken Institute concludes by praising Canada’s results in the innovation survey. The results support this praise “with 84 percent of Canadian respondents stating that the government does a good job using its resources to support research and innovation.” This is great news for Canada and at first glance for the Federal and Provincial governments. However, the devil is always in the details. The Milken Institute also states that in order for Canada to continue improving on its strong position “…it will need to reform and simplify its innovation initiatives and incentives. Currently, indirect incentives (in the form of tax breaks) far exceed direct incentives, a proportion that may need to change. In addition, there are too many innovation programs offered by both the federal government and provincial governments, many of which overlap or are too small to be beneficial.” This is a blow to the administration of the government incentive programs (SR&ED included as it is by far the largest indirect tax incentive program accounting for roughly 50% of all government innovation funding). Apparently “…45 percent of survey respondents answered that government support for innovation is efficiently organized…” This administration issue along with the mix of direct vs. indirect government funding is currently being addressed by the Harper government. Mr. Harper addressed these upcoming changes, in very vague terms, a few days ago while speaking to world leaders at the 2012 World Economic Forum (WEF) in Davos, Switzerland. Mr. Harper vowed to act on the Jenkins report “soon”. There is little doubt that changes to the SR&ED program and more general government innovation funding will be part of this year’s (2012) federal budget. Hopefully the upcoming government funding changes will make Canada a stronger Innovator in the global arena while leveraging our existing innovation assets.

One way to eliminate uncertainties and maximize your opportunities for government funding is to get educated on the different programs available and have the right experience and expertise on your side.

Get the latest updates on News 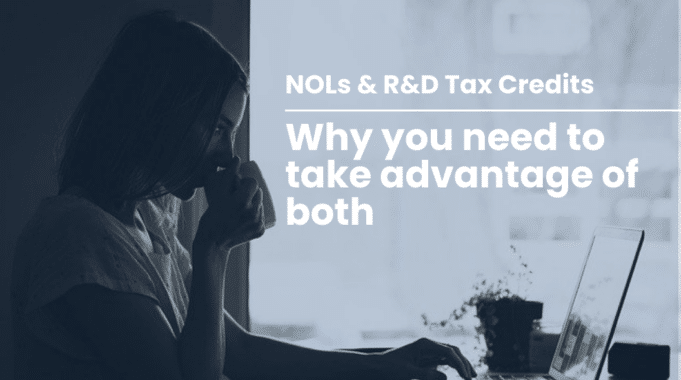